About seeking for recognition and dark shadows

Eitan Harari, an aspiring dance leader seeking recognition, takes advantage of a dance he was brought in to lead as a substitute. He creates an innovative folk dance with the active participation of the audience with hopes of receiving acclamation in the Israeli dance scene.

As the dance develops, Eitan reveals his sources of inspiration – past experiences from his youth. As the dance further progresses, he starts to smell the success, but it is precisely then that his memories threaten to consume him and cast a shadow on the celebration.

Totzeret Bait (Hebrew for “Homemade”) was founded as a theatre group in 2010 by Abigail Rubin and Yoav Bartel, and was officially recognized by the Ministry of Culture in 2021.

The group’s performances combine theatre and dance and are characterised by a blurring of boundaries between reality and fiction, stage and audience.

Throughout the last decade, the creators of Totzeret Bait directed no less than ten different productions such as “Shall We Dance”, which to this day is considered a groundbreaking production and it continues to meet diverse audiences in Israel and around the world. The performance has won 3 awards, including Performance of the Year at the Kipod HaZahav awards ceremony in 2010. Also they created “Ambush”, “Drop Dead”, “Yabalek”(won the Best Performance in the 2015 Akko Festival as well as Design and Choreography Awards) “The Electrician” “Amodo”, “13 Fragments” “Releasing the Jinx”, “Judoka” and the new production “Last Cigarette” – Apocalyptic Dance Theater. 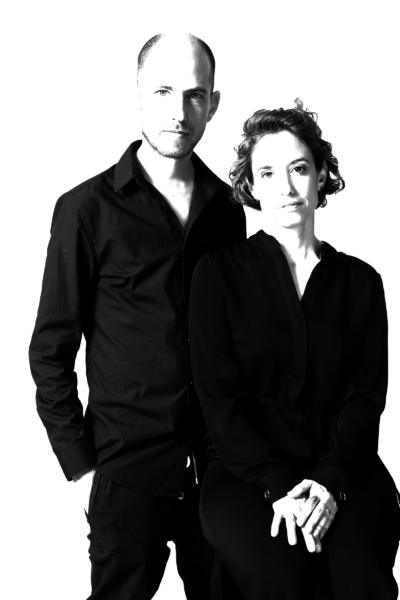